The IMLCA Hall of Fame was unanimously approved by both our Executive Committee and Board of Directors in 2015 with the intent to provide our association the means to honor coaches for their outstanding achievements both on and off the field who have served as great ambassadors of our sport. Inductees will be honored at the Hall of Fame Reception during the IMLCA Annual Convention. 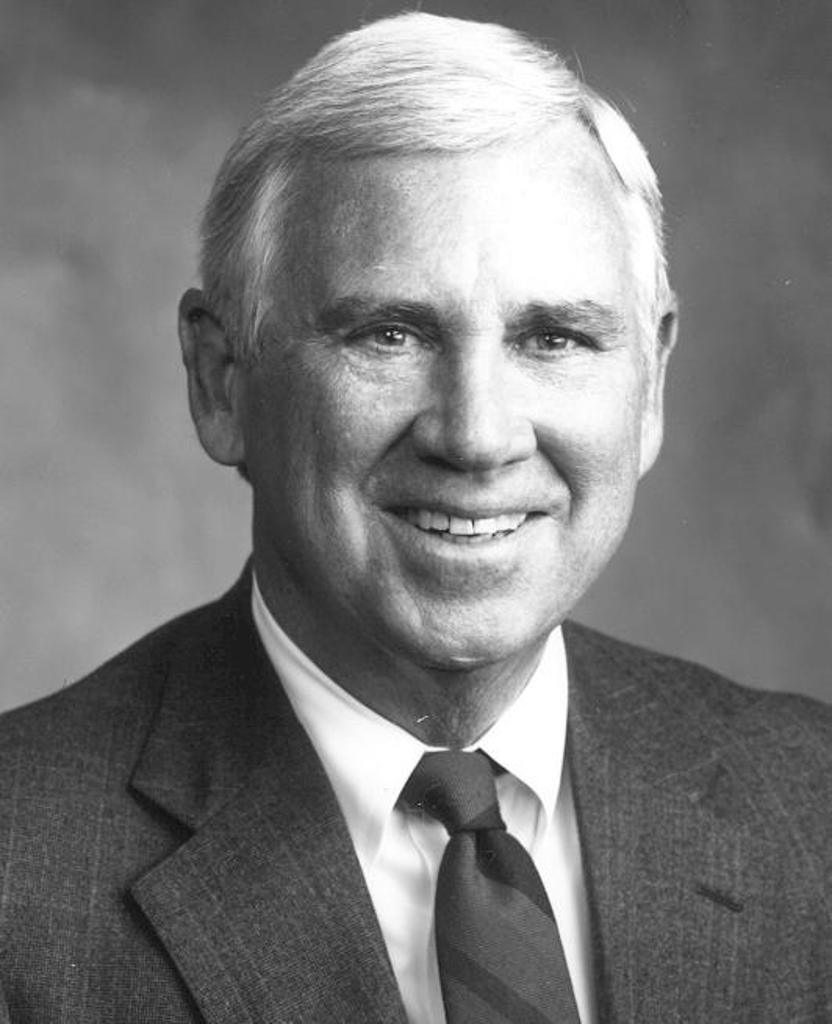 A native of Baltimore, Maryland and a 1946 graduate of Loyola High School, Corrigan completed 18-months in the United States Army before enrolling at Duke University, where he was a standout lacrosse player. Upon graduation, he taught at St. Paul’s School where he also coached football, basketball, and lacrosse. Corrigan joined the coaching ranks in 1955, coaching soccer and lacrosse at Washington and Lee University, compiling a 16-14-1 record in soccer and a 16-15 record in lacrosse. He joined the University of Virginia in 1958, leading the soccer and lacrosse teams while also assisting with the basketball team and teaching physical education.  He racked up a 39-35-7 soccer record and 42-49 lacrosse record at Virginia. After a two-year stint with the Atlantic Coach Conference, he rejoined Washington and Lee University in 1969 as the Director of Athletics, but the University of Virginia lured Corrigan back in 1971. He would go on to spend the next decade as the Director of Athletic Programs, giving rise to the Cavaliers athletic program. South Bend came calling, and in 1981 he was named the Director of Athletics at the University of Notre Dame. During his tenure he hired legendary Lou Holtz as the Fighting Irish football coach and Muffet McGraw, the head women’s basketball coach. He paved the way for the University to strike a deal with NBC to have exclusive rights to the team’s home football games. With a gift for athletic administration, Corrigan was hired as the commissioner of the Atlantic Coast Conference in 1987 and became one of the most influential figures in shaping the landscape of college football, including assisting in the development of the bowl coalition and ultimately the Bowl Championships Series.  From 1995 to 1997, he concurrently served as the NCAA president during his last two years as ACC commissioner. While commissioner, ACC schools captured 30 NCAA championships and two national football titles. Corrigan shaped intercollegiate athletic policy on multiple levels serving as a member of the NCAA Council and Executive Committee, the Division I Men’s Basketball Committee, and chairing the Division I Lacrosse Committee. Corrigan also serviced as the United States Intercollegiate Lacrosse Association chair. Corrigan has received a number of honors over his decades of service including the National Football Foundation (NFF) Gold Medal in 1996 and the Atlantic Coast Sports Media Association’s Marvin “Skeeter” Francis Award in 2006.  The ACC honors Corrigan each year when they award stellar student-athletes pursuing a graduate degree with the Weaver-James-Corrigan Award. The NFF also boasts the Corrigan/Faircloth Chapter, a three-county area in North Carolina, focusing on scholarships for distinguished high school student-athletes looking to participate in intercollegiate athletics. Corrigan was inducted into the National Lacrosse Hall of Fame in 1993, as well as the Virginia Sports Hall of Fame in 2007. 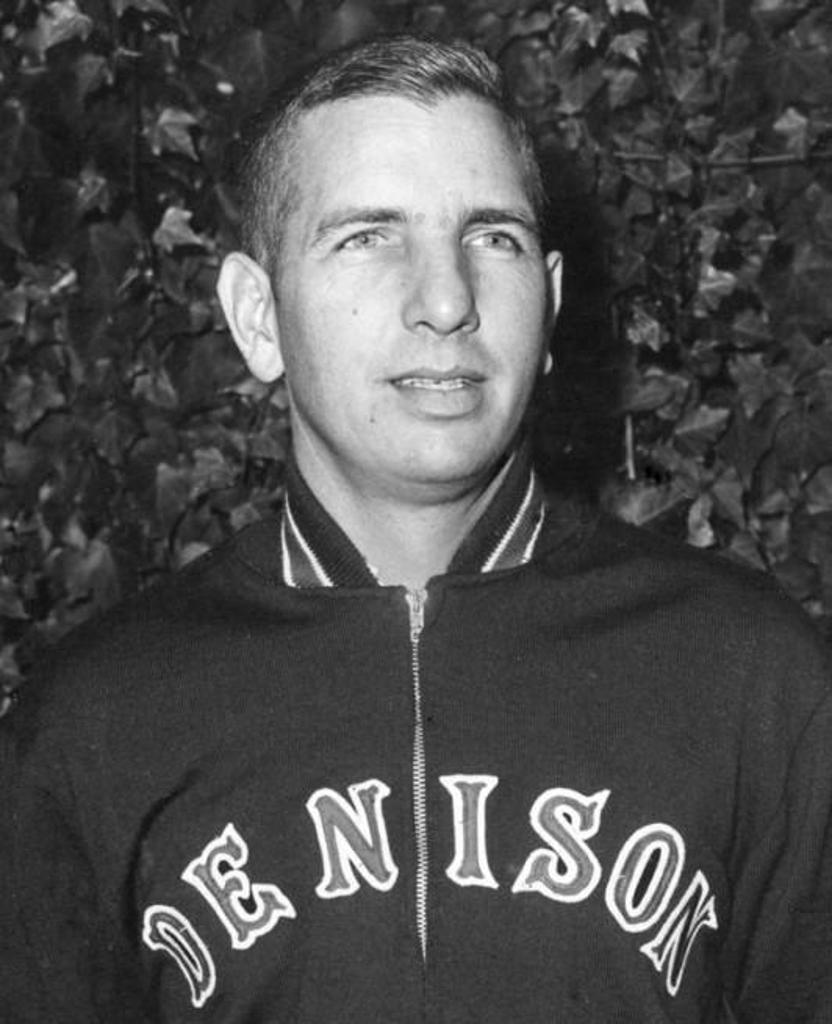 Born in Baltimore, Thomsen attended the Gilman School, where his father was the athletic director, until the 10th grade when he transferred to the George School for his last two years of high school.  He enrolled at the University of Pennsylvania where he was a standout on the lacrosse field, earning three letters as a goalie and role of captain his senior year.  After graduating in 1954, he began teaching and coaching at St. Albans School, in Washington, D.C. before leaving for River Country Day School, now known as the Rivers School in Weston, Massachusetts. It was there he coached football, wrestling, and lacrosse for seven years before beginning his tenure at Denison University. For 25 years, Thomsen lead the Big Red, finishing with a 255-97 record and a .724 winning percentage which puts Thomsen #13 on the list of All Time Winningest Division 3 coach and #27 by wins. His teams won 13 conference championships, and although going 12-0 in 1967, it was in 1968, with a 10-1 record, Denison was crowned the college division National Champions.  When the NCAA 8-team Tournament was implemented in 1982, Denison would make five appearances under Thomsen, and was consistently ranked in the top-10 national rankings. Considered by many as a transformational leader, Thomsen coached 45 All-American’s and was the first Coach of the Year recipient for the North Coast Athletic Conference in 1986. During his career, Thomsen also coached 19 all-conference selections including two conference players of the year and the Face-off Specialist of the Year. Thomsen also served as the head wrestling coach and assistant football coach for a number of years at Denison. Thomsen was inducted into Denison’s Varsity D Association Athletic Hall of Fame and the Ohio Lacrosse Foundation Hall of Fame in 1994. 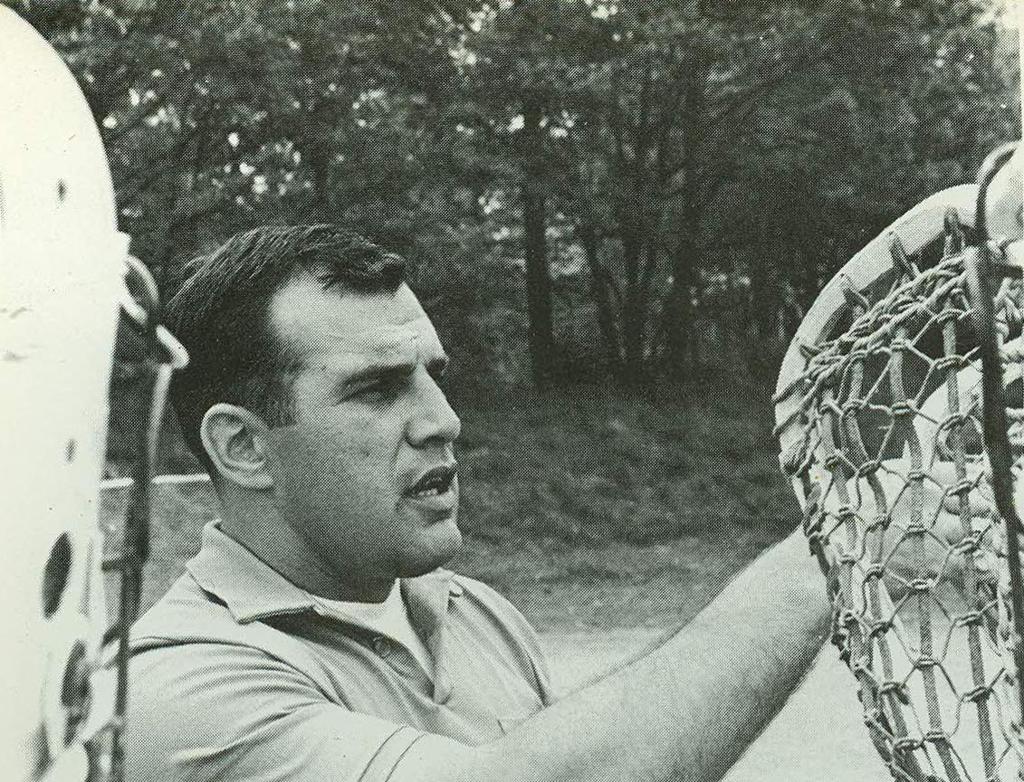 Attending Patterson High School in Baltimore, Runk attended the University of Arizona where he played football. However, while walking around campus, Runk spotted three east coast transplants playing lacrosse and agreed to coach their team.  Gaining club status in 1961, Runk coached the inaugural season before stepping aside to work on his Masters and teach at Amphitheater High School. His return to the Wildcats came in 1965, a year after they earned varsity status.  Runk would spend three more years at Arizona, finishing with a 32-13 record and .711 winning percentage. Runk headed back east in 1967, becoming the fifth Head Coach in Towson University Lacrosse history where he replaced fellow IMLCA Hall of Fame Inductee Dick Szlasa. Over his 31 seasons as Head Coach, he guided the Tigers to 24 winning seasons, 13 NCAA Tournament berths, 6 East Coast Conference titles, and a National Championship in 1974. His 262-161 record at Towson and a .619 winning percentage puts Runk #15 in All-Time Winningest Coach in Division I by wins and #42 on the All-Time Winningest Coach in Division I by percentage. On the Division II list, Runk is 19th by percentage and 4th by wins.  For all divisions, Runk is 28th for coaches by wins. During his tenure, Runk coached 73 All Americans, 2 College Division Players of the Year, College Division Defenseman of the Year, Attackman of the Year, and the Division I Midfielder of the Year. Towson participated in multiple conferences during the Runk era with all-conference selections in each including 27 in the Mason-Dixon Conference, 44 in the East Coast Conference, and 15 in the American East Conference. After his collegiate retirement, Runk coached at Hereford High School in Maryland, winning state titles in 2003 and 2008. Runk was named Towson University Coach of the Year in both 1983 and 1992. He coached the South Team in the North-South All-Star game in 1978 and 1996.  In 1974 Runk was named USILA Division II Coach of the Year and later inducted in to the Greater Baltimore Chapter of US Lacrosse Hall of Fame and the Towson University Hall of Fame in 2000 and 2007, respectively. 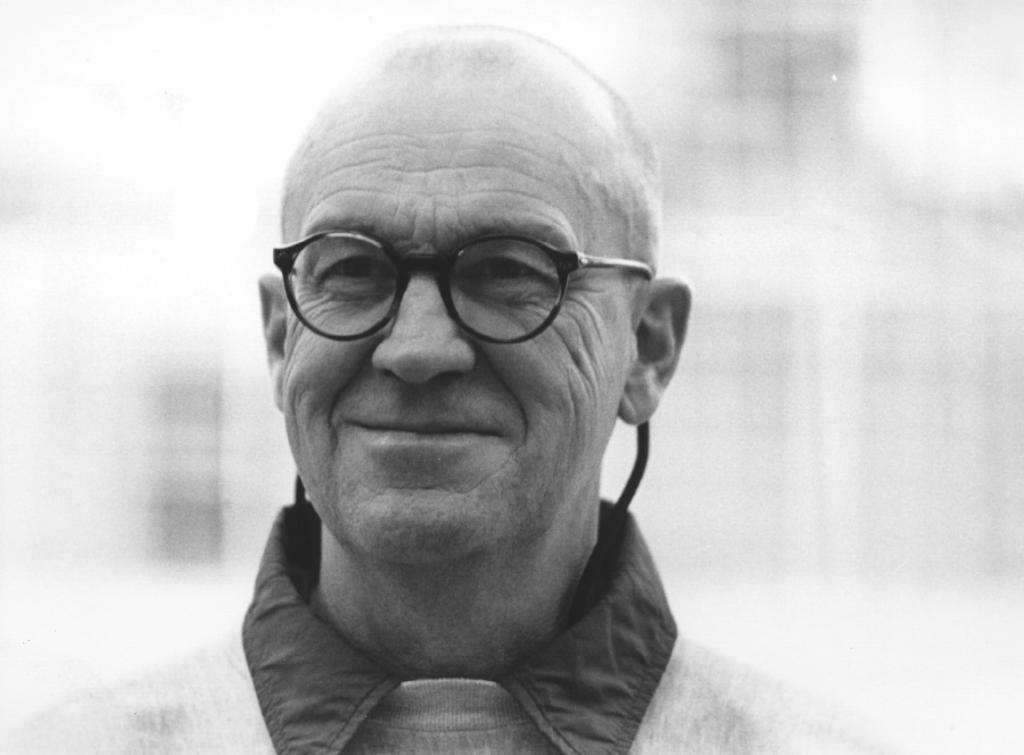 LaPointe attended Trinity College in Connecticut, graduating in 1955. His coaching career began at Lenox School in Massachusetts where he compiled an impressive 83-24 record over 11 years, including an undefeated season in 1965. LaPointe arrived at Bowdoin College in 1970 as the sixth head coach in six years. He brought needed stability and in his 21 seasons, led the program to a 218-76 record. With a .741 winning percentage, LaPointe is ranked 10th for winningest coaches all time among Division III coaches and 32nd with number of wins. The Polar Bears qualified for the ECAC Championship Tournament sixteen times and won five championships with LaPointe as Head Coach. In the final game of his career, LaPointe brought home the 1990 ECAC Championship. In 1974, he was honored with the Neville B. Smith Award as the New England Coach of the Year.  He was the North assistant coach in 1975 for the USILA North-South All-Star game and the head coach of the East team for the New England East-West All-Star game. In addition to his winning records on the playing field, LaPointe is well-known for his efforts to grow the game.  He served four years on the NCAA Lacrosse Rules Committee before being named as the chair in 1977. He also served as President of the New England Intercollegiate Lacrosse Association.  In 1990, the USILA awarded Frenchy Julien Service Award for outstanding and continuous service to the sport which he ironically shared fellow IMLCA Hall of Fame inductee Tommy Thomsen. The IMLCA awarded LaPointe with the Lifetime Service Award in 2015.  The Mortimer F. LaPointe Lacrosse Award is given annually to the Bowdoin player who “through his aggressive spirit, love of the game and positive attitude, has helped build a stronger team.”